WOMEN IN THE AUTOMOTIVE INDUSTRY

This momentous day is a focal point for women’s rights and celebrates the incredible social and political achievements of women around the world, whilst focusing on the battle for equality and fighting against discrimination.

We have decided to showcase the wonderful women who have succeeded and overcome the odds in a male-dominated industry, and celebrate their achievements.
Let us begin the countdown to help celebrate the work of these influential individuals.

This leading lady is the first instalment of our ‘Women in the Automotive Industry’.

Mary Barra is the Chairman and Chief Executive Officer of the General Motors Company- the first female to hold this position in a major global automaker.

Since graduating from Stanford in 1990, she has committed her career to transforming the automotive landscape; investing billions of dollars into the strategic innovation of personal mobility technologies spanning ride-sharing apps, to electric vehicle has helped cement the GM brand as a global powerhouse in the automotive industry.

Ms. Barra, applauded for her consumer-centric approach to business, is a serving member on the board of directors for The Walt Disney Company, the Detroit Economic Club, alongside the Stanford University Board of Trustees.

Let’s give it up for this incredible person- paving the way for women in the automotive industry.

Our second leading lady, the Chief Customer Experience Officer at the Ford Motor Company (United States) who became the first female Ford family member to hold an Executive position within the company.

But do not get it wrong, this was no easy feat for Elena Ford; her drive and determination to reach this feat is born from an exceptional focus on developing a customer experience fitting the stature of this global powerhouse.

This aspiration has seen her named not once, but twice in the Automotive News list of Leading Women in the North American Automotive Industry, following work into the internal re-structure brought about by the ‘One Ford’ marketing strategy she implemented worldwide.

The third instalment of ‘Women in the Automotive Industry’ features Trudy Hardy, the Vice President of BMW Motorrad Americas. Hardy has had an illustrious career with the BMW group; initially joining to assist in the spearheading of the MINI brand into the United States, then rising the ranks to become VP of Marketing in 2013.

The tenacity and record of accomplishment for innovation and transformation of the company has helped propel her to this position of power, along with her passion for motorcycles – for which she is now responsible for in the U.S, Canada, Mexico, Brazil, Argentina, and Latin America region(s).

Dedication and a proven track record have cemented Trudy as a leading woman in the automotive industry, and provides an exemplary model for women to succeed in this male-driven industry. 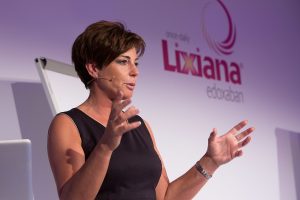 Penny Mallory is featured in our fourth installment of ‘Women in the Automotive Industry’; she is famed for defying the odds to become the first and only woman to compete and drive a World Rally car – and further hailed for becoming a champion in the British Rally Championship.

She broke the mould and took an immense risk to self-fund her rise to succession until her talent was realised by sponsors; driven by a resilience and mental toughness which has also seen her conquer Kilimanjaro and run marathons, which influences her work nowadays.

Her rise to the top of this male-dominated sport is admirable and definitely cements her position in this list!

Michelle Christensen is a notable mention for our series of ‘Women in the Automotive Industry’; this artistic female figure has married her passion for automobiles with an artistic flair to produce some iconic car shapes. Her role as the Lead Principal Designer at Honda saw her become the first woman to lead a supercar design team – Honda NSX, which lead to her picking up an award from Marie Claire Magazine for being a ‘Women on Top’.

Her ambitions stretch further that her own career; she longs to become a mentor to empower other women to break down gender stereotypes, and battle gender disparity in the industry.

We have the utmost respect for these ambitions. Keep smashing barriers.

The penultimate entry into our countdown for ‘Women in the Automotive Industry’ is Angela Sheppard – the recently appointed UK CEO at Mercedes-Benz Retail Group.

Sheppard originally joined the organization as a graduate trainee in 1990, where she was the only female in a group of 8 fellow graduates. Her evolution into this current role spanned managerial roles across the business, with ambitious and exemplary business practice over 30 years with the group.

Overcoming the odds is a heart-warming story, which should inspire the next generation of young women with sights set on the industry. Success takes time, but the correct attitude and determination will see you overwhelm the odds.

Chief Executive Officer, Linda Jackson is the final entry in our ‘Women in the Automotive Industry’ countdown. This outstanding figure runs the French car brand ‘Citroen’ and has recently been crowned as the winner of the Top 100 British Women working in the car industry by Autocar.

For the past 30 years, she has climbed to the top of the ladder, and has no ambition of letting up there – she has a clear plan for growing the automaker further, and expanding upon its profitability.

Linda Jackson is a suitable role model for any young female looking to follow their passion and gain entry into this male-dominated sector, and living proof of how determination and dedication can pay off.

That’s our countdown finished. We are so pleased there are so many extraordinary females in positions of power in this male-dominated industry.

Hopefully, they can be a role model to many young females out there!