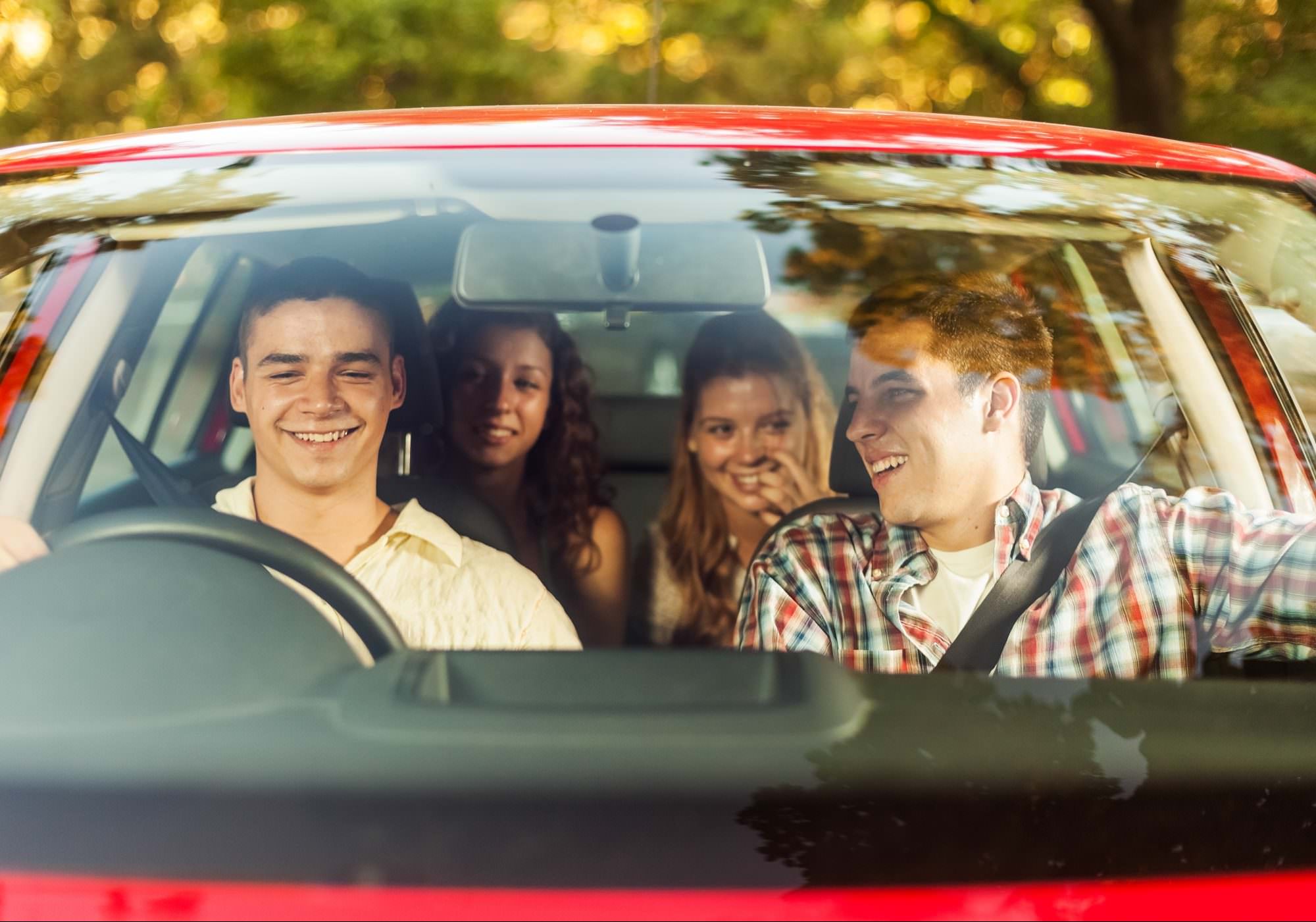 Home / blog / Guide / Driving safely with passengers in the car

We’ve written before about reducing distractions while driving. However, did you know that your passengers are actually the biggest in-car distraction?

In a 2014 survey conducted by the AA, 18% of surveyed members responded that they had been distracted, had a near miss or a crash caused by adult passengers within the past year. The next most distracting things were twiddling with the radio (16%), children in the car (14%) and operating the sat nav (13%).

Car insurance comparison company, Confused.com, also conducted a study, the results of which were reported by the Daily Mail. Their survey found that drivers aged between 18 and 34 appeared to be the most affected by their passengers and are the most likely to show off or drive faster when they have a passenger in the car.

The distracting nature of passengers has been proven in scientific studies. According to the New Scientist, a study conducted by the George Institute for International Health found that the chance of a crash occurring more than doubled when there were two or more passengers in the car. The article also states that a recent study found that drivers with passengers are “almost 60% more likely to have a crash resulting in hospitalisation than those who hit the open road solo.”

Why are passengers distracting?

According to RoSPA, you’re distracted when paying attention to another activity at the same time as driving. Trying to do something else while behind the wheel puts extra demands on you as a driver and can:

You can be distracted by your passengers in various ways. The Cheshire Safer Roads Partnership gives examples of engaging in demanding conversations, giving last minute directions and commenting on things outside the vehicle. It also identifies that newly qualified male drivers in particular might engage in risky driving in order to impress their passengers.

Newly qualified drivers are found to be more likely to crash when driving with passengers who are around the same age as them. According to the Cheshire Safer Roads Partnership, as the number of peer passengers increases so does the risk of a fatal accident. They say that driving with a car full of peer passengers increases the risk of a fatal crash for newly qualified drivers by four times, when compared with driving alone.

What does the law say?

The Highway Code states that you must not drive without due care and attention. If the police stop you because they believe you are driving while distracted or you have an accident because you’ve been distracted, RoSPA says you may be charged with a number of offences including:

How to prevent being distracted by passengers while driving

It’s important to understand how distracting passengers can be. As the driver you are responsible for controlling the car safely, so if your passengers are being a distraction you need to feel able to tell them to stop. Limiting the number and type of passengers you take can help to reduce the risk of getting distracted.

The Cheshire Safer Roads Partnership suggests a number of ways in which you can reduce the effect of driving with peer passengers, particularly as newly qualified or young drivers. They recommend that reducing the number of passengers travelling with you is the best, and most effective, way to lower the risk of crashing. If you do carry peer passengers as a new driver, you should make sure that they know to behave sensibly in order to keep everyone safe.

As parents, it’s a good idea to agree limits with your newly-qualified children regarding how many people they can carry, as well as encouraging your children not to get lifts from their friends if there are going to be multiple people in the car. If you’re worried about your children driving with passengers then take a look at our article about keeping your teenage drivers safe.

How do you feel about driving with passengers? Tweet us @drivelikeagirl to let us know. We look forward to hearing from you!